MENU
You are here: Home 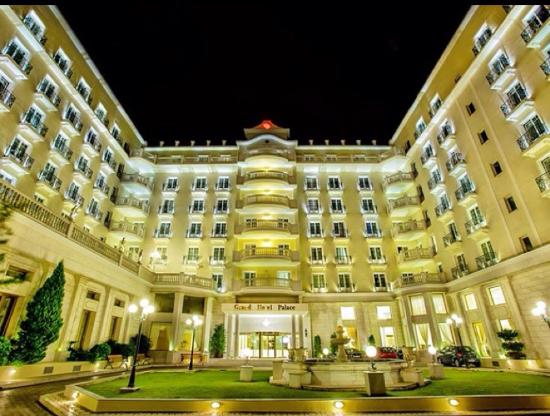 A limited number of hotel rooms have been reserved at the conference location with the following reduced rates (from April 08 to April, 2018):

** it would be better if you make your reservation with the special conference code  by February 28th.

By Air
The “Makedonia Airport” in Thessaloniki is the second largest airport unit in Greece, serving over 5 million passengers per year and served by 27 international airlines on a regular basis, in addition to an extra 10 airlines that operate during the summer using charter flights. Thus it connects the city to many European capitals and several other European cities by direct flights. It also offers direct flights to other major cities of Greece and many Greek islands. Among the air-companies that fly to Thessaloniki’s airport are: Aegean Airlines, Austrian Airlines, British Airways, Lufthansa, Scandinavian Airlines, Turkish Airlines and many low-cost companies such as Ryanair, EasyJet and Wizz Air. The airport is located 17 km from the city centre.

Transport to/from the airport:
A public bus service (no. 78 and no. 78N) connects the airport with the centre of the city at 20-minute intervals throughout the day and takes you to the centre in less than 30 minutes (ticket costs €2). The bus also stops outside Grand Hotel Palace (bus stop name: “Oryzomyloi”).

A taxi service is also available at the airport on a 24-hour basis (a 20-minute drive that costs approximately around €25).

By Train
Thessaloniki’s renovated railway station was opened in 1960 in a historic area of the city’s west end. Frequent services connect Thessaloniki to the entire European railway network and to major Balkan and Greek cities (a modernized version of the Orient Express). The domestic Intercity line reaches Athens in less than 4.5 hours with more than five journeys per day.

By Boat
The Port of Thessaloniki has always been a defining factor in the commercial and cultural identity of the town, establishing the city as the principal port of the Balkans. With a long history that goes back to ancient times, the port of Thessaloniki is today a major harbor station for both commerce and passengers.